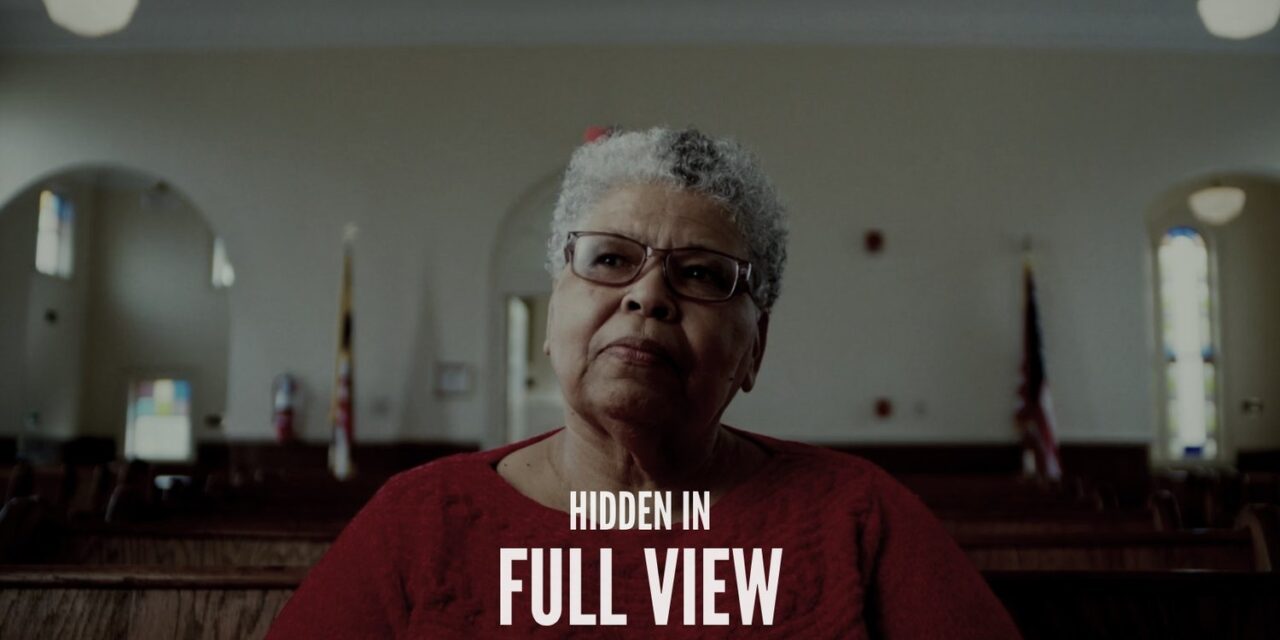 December 4, 2021 | Salisbury, MD — George Mason University professor and historian Dr. Charles L. Chavis, Jr., in partnership with #breathewithme Revolution, the Maryland Lynching Memorial Project, and the John Mitchell, Jr. Program for History, Justice, & Race, announces the upcoming world premiere of Hidden in Full View; the untold, previously hidden story of the lynching of 23-year-old Matthew Williams in 1931 in Salisbury, Maryland. It is the story of how white townspeople stole a life, terrorized Black residents, destroyed the Black business district, fielded testimony from 124 witnesses to the brutal lynching, and held no one accountable—to this day. In a town where racial terror has previously silenced the Black community, the story of brave descendants and witnesses willing to use the truth to fuel restorative justice is now being told.

The short film features interviews with survivors and relatives of eyewitnesses to the lynching in Salisbury, Maryland, and is grounded in five years of intensive research from Dr. Chavis.  The full story will be available in his forthcoming book, The Silent Shore: The Lynching of Matthew Williams and the Politics of Racism in the Free State which will be released by Johns Hopkins University Press on January 11, 2022.

As director of the Mitchell Program, and in partnership with #breathewithme Revolution, Dr. Chavis and his team will continue working toward narrative change as they expand the Hidden in Full View series to locations across the country, where the truth about anti-Black violence has been purposefully silenced. The series will amplify the stories of racial terror that remain hidden in plain sight—as told by those who mourned, persisted, and resisted in the face of anti-Black violence.

Dr. Charles L. Chavis, Jr: “Finally after 90 years, the silence has been broken, and the descendants of Matthew Williams and his community can begin the process of healing and pursuing justice. The lynching of Matthew Williams and the systemic destruction of the Black Georgetown community is part of a legacy of anti-Black violence that is directly connected to the pervasive inequities within communities throughout the United States.”

Crue Films, a Black owned and led production company, filmed the stories and interviews seen in Hidden in Full View. Much of the filming was completed at the Charles H. Chipman Cultural Center in Salisbury, Maryland, a historic Eastern Shore landmark built on the grounds of a meadow where, beginning in the 1830s, enslaved people gathered for worship. The Chipman Cultural Center stands as one of the last remnants of the built environment encompassing Salisbury’s Black Georgetown community. Shortly after the lynching of Matthew Williams, real estate brokers, contractors, and other allies of the lynch mob stripped African Americans of their homes and livelihoods. Residents of the predominantly Black Georgetown neighborhood were forced to grieve for Williams while facing dispossession and displacement.

Leigh Blake, cofounder of #breathewithme Revolution: “We are here to end white supremacy, regain Black wealth, and refund Black America.” Blake and the #breathewithme Revolution team have been responsible for years of producing stories to create impact, raising and distributing over $120 million in economic relief through previous organizations such as Fund A Mom, Red Hot Organization, Keep A Child Alive with Alicia Keys, We Are Here Movement with Alicia Keys, and explore.org.

#Breathewithme Revolution co-founder Prophet: “Facts do not cease to exist because they are ignored and history does not cease to exist because it reveals an ugly reality that this country would rather keep buried. We must dig up, expose, examine and reconcile what has happened and what is happening to Black people in America. This documentary uncovers the horrific reality of Black people in Salisbury, MD. It’s time for real action and for everyone to decide: how are you going to use your power, your influence, your resources, your pocketbook, to end systemic racism?”

Ann Haggart, #breathewithme Revolution: “We invite corporations who made public pledges and statements last year and allies who used the hashtag to join the movement and engage in racial justice action driven by the truth. You said you cared, now it’s time for action. Now it’s time to use the power of truth to fuel restorative justice.”

On Saturday, December 4, from 1pm-3pm ET, on the 90th anniversary of the lynching of Matthew Williams, please join Dr. Charles Chavis, #breathewithme Revolution, the Maryland Lynching Memorial Project, and the Mitchell Program for the world premiere of Hidden in Full View.

After the screening, a community conversation will be moderated by Prophet, co-founder of #breathewithme Revolution and the Black Music Action Coalition, joined by panelists:

ABOUT THE FILMMAKER
Hidden in Full View is produced and co-written by Dr. Charles L. Chavis, Jr., a professor, historian, and racial justice advocate and Director of African and African American Studies at George Mason University. Hidden in Full View is based on Dr. Chavis’ activism and investigation of racial terror on Maryland’s Eastern shore and is a companion to his forthcoming book, The Silent Shore: The Lynching of Matthew Williams and the Politics of Racism in the Free State (Johns Hopkins University Press, 2022). Hidden in Full View is his debut feature short documentary in a series of shorts that will uncover lesser-known episodes of racial terror in Black communities throughout the United States.