Sections in this exhibit: 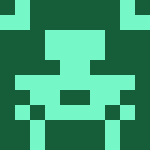 Every year on August 28, we commemorate the anniversary of the March on Washington for Jobs and Freedom. The March was organized in 1963 during the Civil Rights Movement’s “Summer of Discontent,” and is often considered to be a formative milestone in the struggle for civil rights and racial justice in the United States. Below, […]

Black-Jewish Alliance at the 1963 March on Washington

In the words of Rabbi Joachim Prinz

THE MARCH ON WASHINGTON, 1963 The leaders of the march (L to R) were: Mathew Ahmann, Executive Director of the National Catholic Conference for Interracial Justice; (seated with glasses) Cleveland Robinson, Chairman of the Demonstration Committee; (standing behind the two chairs) Rabbi Joachim Prinz, President of the American Jewish Congress; (beside Robinson is) A. Philip […]

Black-Jewish Alliance at the 1965 March on Selma

In the words of Rabbi Abraham Joshua Heschel

THE MARCH ON SELMA FOR VOTING RIGHTS, 1965 Heschel and King at Arlington National Cemetery in 1968. Photo: John C. Goodwin Rabbi Abraham Joshua Heschel had a long-standing friendship with Rev. Dr. Martin Luther King, Jr., through which he evolved his thinking on civil and human rights: [The] likelihood exists that Negro problem will be […]

“My father would be horrified not only by the murder of George Floyd but also by the murder of so many other black people. It would bring him back to his own life in Nazi Germany and what happened to his family. When I was growing up, he would always tell me that poverty meant […]